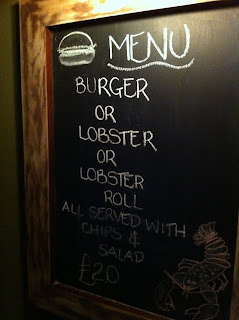 Burger & Lobster (http://burgerandlobster.com/) has been getting a lot of press since it opened. And all of its been good. As it was my birthday last week, I couldn't think of any better excuse to check it out, despite chowing on lobsters and burgers on my trip to the US the week before. I mean, can one eat too much lobster? Rhetorical question that one.

The concept at B&L is so simple. It's a no reservations joint and there are only three choices on the 'menu' and they all cost 20 pounds. There's the 10oz burger made famous at sister restaurant Goodman, a lobster roll, or finally, a whole lobster.  Actually, with the whole lobster we encounter a couple of other options. Do we want the lobster steamed, or do we want it grilled? Oh and the final choice is melted butter. Straight up or laced with lemon and garlic.

Read more »
Posted by Insatiable Eater at 12:59 No comments: 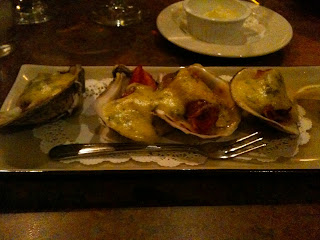 MT's was the first restaurant I went to on my initial visit to Nashua. It was with folks from work and I knew I was going to enjoy the job because the food at MT's was great. It's a pretty casual place, which suits me just fine.

On my first visit I ordered the pot roast, mainly because I wanted to try the home made tater tots, and that was mainly because tots had featured in a recent episode of Glee. I was a tot virgin up to that point you see. The pot roast was succulent and so tender. The tots...well, they were deep fried bits of mashed potato basically. Perhaps I don't really "get" American food obsessions, but I'm happy to keep an open mind!

Read more »
Posted by Insatiable Eater at 12:02 No comments: 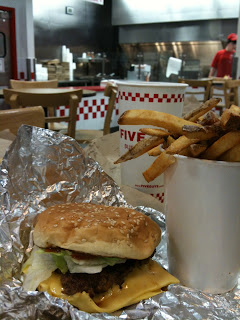 So I'm staying in Nashua, New Hampshire for the next couple of days. Nashua is apparently the 27th safest city in the USA (http://en.wikipedia.org/) which is actually code for it being pretty dull. It also has a reputation on the Republican presidential campaign trail...but you don't want to hear about that do you? However, the trips I make out here mean I get to indulge in the local food and there are actually a few good restaurants here. Tonight I'm not at one of them. Although at Five Guys (http://www.fiveguys.com/), they actually do a very good burger indeed.

Read more »
Posted by Insatiable Eater at 03:50 No comments: 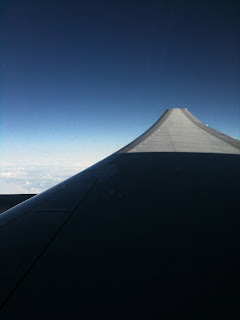 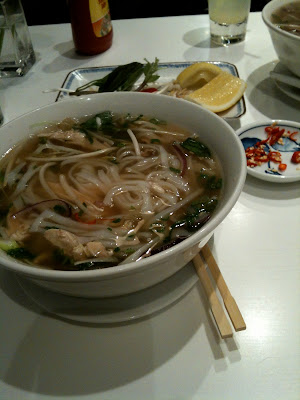 What to eat? The eternal question. Breakfast, lunch, dinner...so many options.

Today sushi was in the mix, but that's been on my lunch menu all week. You know, the post Christmas must get healthy now thing. Hmmm, what about Vietnamese? I know Cay Tre opened up in Soho a little while back, and its easier to go there than to trek out to Old Street. When in Soho, we usually try to head for some udon noodles at Koya (www.koya.co.uk), but that's become so popular now. Weekend lunches were easier when I lived over east London way. And cheaper too! Song Que (http://songque.co.uk/) is my favourite Vietnamese in London, but its a bit of a hassle to get over there now.

Read more »
Posted by Insatiable Eater at 13:36 No comments: